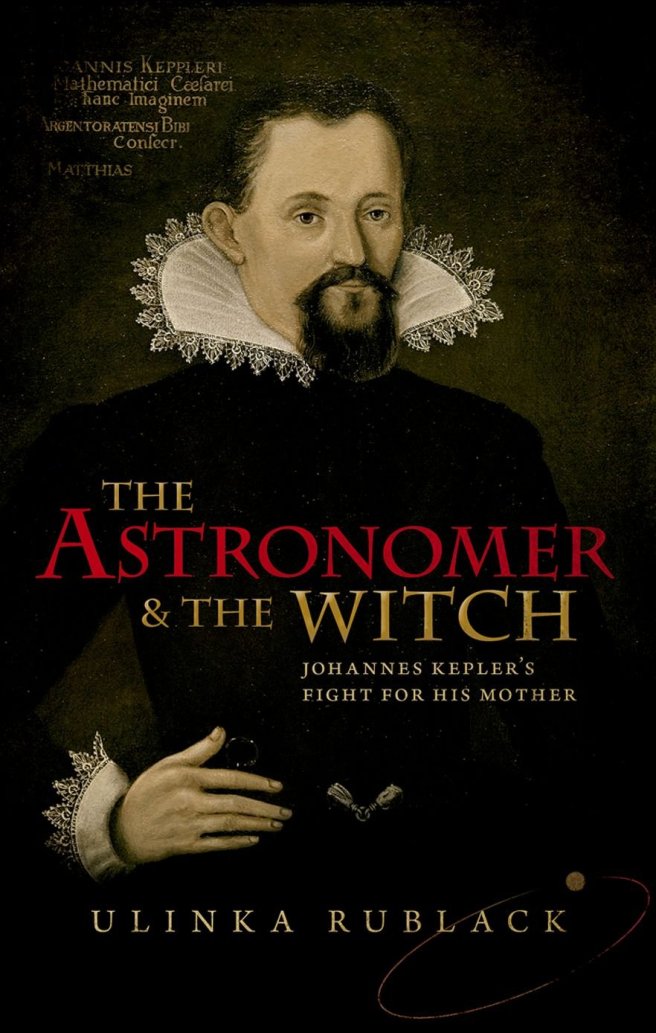 What sounds like a trashy Mills & Boon romance is actually one of the finest portraits of the human side of science.

Johannes Kepler – astronomer, mathematician, optical engineer, and one of the key architects of the scientific revolution in the 17th century. All the ingredients for a rich scientific hagiography are there, and indeed have been amply mined on more than one occasion.

So far, so conventional. Most accounts of scientists’ lives tend to focus primarily on their research to the exclusion of their private lives. Their research is, after all, what secured them a legacy, but this chronic neglect of their human side – other than the merest details to add some anecdotal colour – contributes to a distortion in their perception. A distortion believed both by scientists and the public.

This tendency to fetishise the professional side of science generates and perpetuates a number of misleading notions about how scientists really work. It tends to simplify research narratives into a lonely quest undertaken by one person or persons. It tends to present scientists as a breed set apart from the politics of the time. And it tends to overlook that they are in many respects unremarkable people, with conventional upbringings, family lives, and relationships.

It’s this misrepresentation that Ulinka Rublack’s superb book tackles, dealing with an aspect of Kepler’s life that – though hardly unknown – is generally downplayed in the rush to celebrate his laws of planetary motion: the trial of his own mother for witchcraft in 1620.

Rublack does a quite remarkable job of evoking the setting, richly detailing the daily rhythms and communal rituals of life in late 16th and early 17th century Germany as it undergoes the first convulsions of the ultimately ruinous Thirty Years War. It’s a risky approach in some ways, as both Kepler and his mother end up merely as two lights in a constellation of provincial and urban personalities and voices.

Risky it may be, but it pays off in spades. By expending so much time to scene-setting, Rublack manages the trick of making the witchcraft accusation and its prolonged resolution queasily immediate. Having spent so much time getting to know not just Kepler’s family but also their neighbours, it’s rightly unnerving to sense suddenly the way in which a community can turn against a scapegoat once some mud has been made to stick.

What’s truly commendable too is that Rublack achieves this without descending into reimagined scenes or cod psychology. The narrative remains detached yet still embedded in the time, almost as if a cultural anthropologist were walking amongst these superstitious townsfolk and calmly documenting their hysteria. Kepler’s own wealth of letters and the court transcripts and other first-hand written evidence enable a confident evocation that never once strays into tackiness.

And it doesn’t just depict the era. The portrait of Kepler that emerges is one that will be instantly familiar to any contemporary academic. Perpetually seeking money, juggling projects, distracted by domestic tribulations, doing research as best he can in uncertain and unstable circumstances, and all the while trying to project an image of himself as a man of standing and influence. This is not how scientists are remembered by posterity; this is how they actually are.

What’s truly heartwarming is that Kepler set aside his research and moved back to his home district in order to personally prepare his mother’s legal defence. Rublack then neatly demonstrates how Kepler’s own scientific skills were marshalled to the preparation of his mother’s legal defence. What is the data? How reliable is it? How often has it been reproduced? Have there been any errors in its acquisition? Is there an alternative interpretation of the results? Which interpretation is more likely? What is the most parsimonious explanation?

These questions are the very lifeblood of scientific experimentation, and it’s hard not to feel a partisan pleasure in seeing Kepler employ the new intellectual techniques of the scientific revolution to deconstruct his mother’s accusers’ case. Any young scientist who doubts that they are acquiring transferable skills as part of their training, treat this as Exhibit A.

What emerges then is a vivid impression of a scientist, not some ur-figure but a scientist in the same sense as we understand it now, applying his newly-honed skills in the defence of his mother and his family name, and apparently acquiring a new and profound respect for her in the process. This emphasis on the human side of perennial scientific icon is both unusual and highly commendable. The epilogue is a superb meditation not just on Kepler the person, but also on his mother as a woman of that same era.

At a time when the role of women in science is rightly and increasingly being acknowledged, and when the unsavoury undercurrents of sexism, sexual harassment, and chronic belittlement that have and continue to impede their progress are being brought to light, it seems fitting to have a book that reminds us that this kind of persecution once had a murderous outcome. Kepler’s mother, Rublack reminds us, is emblematic of the kind of wise woman/village healer that featured in all communities, and who could so easily become a victim of their prejudice.

One thought on “Book review: The Astronomer and the Witch by Ulinka Rublack”