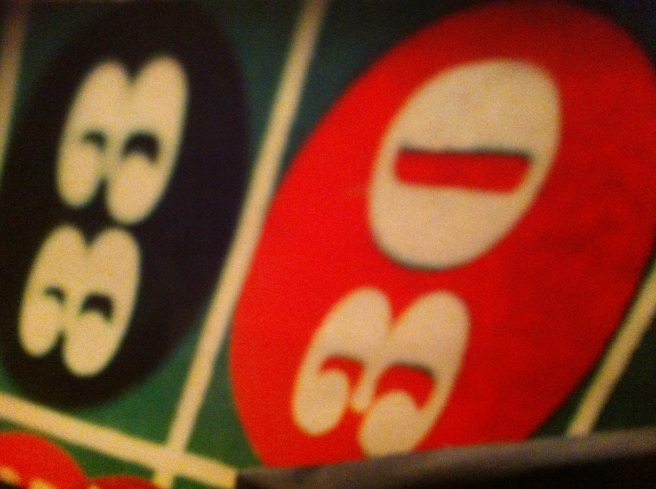 Luck probably plays a larger part in science than most people are prepared to admit. In fact, its role (no pun intended) is probably as large as it is in the arts.

In the arts, it’s an accepted truth that it’s not enough to be good – you have to be lucky. In fact, if you’re really lucky you may not have to be especially good at all. Whether it’s an actor being spotted for a breakthrough role, a musician landing a gig, or an artist making a splash, our cousins in creativity know, and accept, that to a fairly large extent, your ultimate success or failure is simply not in your control.

That’s a difficult perspective to grasp for scientists, many of whom have gone through school at or near the top of their class. That kind of classroom aptitude breeds a very deterministic view of success. You’re smart, you work hard, and consequently you get the top grade when exams come around. Being suddenly confronted by the awful reality that things may simply not work out for you despite your best efforts is disquieting, to say the least – and it’s an insight many try to avoid.

The same kind of cognitive bias is revealed in the way we tend to regard our successes to skill and our failures to bad luck. That may be true, but in principle the opposite explanation could also hold most of the time.

Psychologist Daniel Kahneman, whose seminal work “Thinking: fast and slow” keeps being referred to here on TIR, was once asked to provide his favourite equation for Edge magazine. His offering: Success = talent + luck; great success = a little more talent + a lot of luck. (What talent without luck equalled, he didn’t say)

We can try to influence things of course. The entire American Work Ethic (capital W, capital E) is based on the principle that sheer hard work will compensate and even overcome all manner of innate deficiencies, and its logic has been carried to the far end of the pendulum’s swing by scientists desperate to recapture that deterministic success of their school days. As F. L. Emerson quipped, “I’m a great believer in luck, and the harder I work the more I have of it”. Would that that was always true. Alas, you cannot legislate discovery.

A more profound insight came from Pasteur, who pointed out that chance often favours the prepared mind. In fact, real skill is probably not “just” being lucky but, as Pasteur noted, being able to exploit a lucky situation when it arises. Sport is replete with such examples, and Formula One this year provided a peach when rookie driver Max Verstappen was unexpectedly promoted to the Red Bull team just before the Spanish grand prix – and went on to win the race. There was luck, of course, with both Mercedes cars crashing out on the first lap, but the skill was being able to spot the opportunity for success and seize it. Not everyone could have done it.

In career terms, there’s also the luck of reminding someone successful of themselves at the same age. Few things are more likely to give you a sympathetic start, but there’s no way to plan for that kind of coincidence.

It’s not just actors who are reconciled to chance. One of the common demands of being a believer in a religion is the surrender of ultimate control over your own fate. Your life, you are told, is governed by a supreme power, and you must trust yourself to him/her/it. This happy resignation of your own authority, a willing submission to forces beyond your control, is surely one of the most potentially beneficial aspects of a religion.

Gamblers too understand this better than anyone. You can know the odds, and you can do your best to tip them in your favour, but whatever the percentage you’re still at the mercy of chance when the croupier spins the wheel.

2 thoughts on “Spinning the wheel”