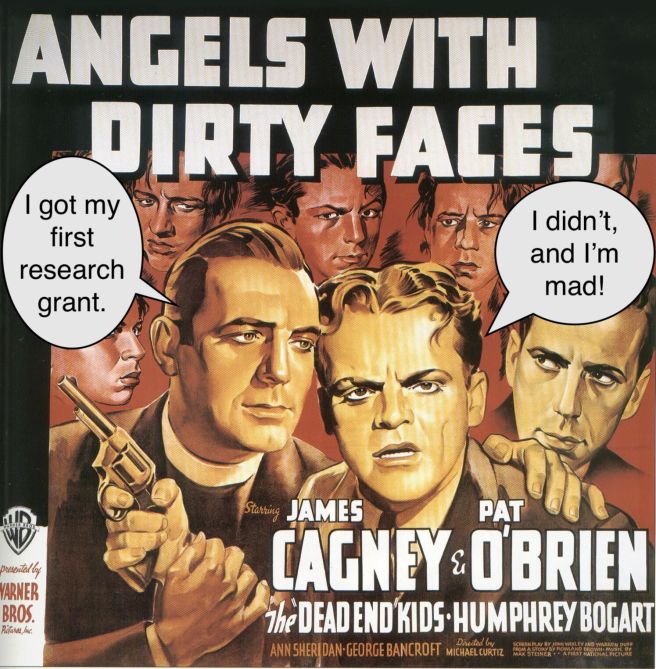 Getting research funding is like playing a casino, but it’s not just the house that holds the aces.

“For to every one who has will more be given, and he will have abundance; but from him who has not, even what he has will be taken away” (The Bible; Matthew, 25:29)

Robert K Merton was responsible for coining the terms “role model” and “self-fulfilling prophecy”, but arguably his most important research neologism was defining the “Matthew effect”. Taking its name form the Biblical passage above, it described a phenomenon gloomily familiar to virtually all scientists, and especially the younger members of the profession: the credit, and then the funding, goes to those who already have it.

Science often finds itself in conflict between its ideals and its actuality. It’s supposed to be an objective search for truth, and in the longer term its activity certainly results – and has resulted in – an unprecedented accumulation of factual insight into the workings of the natural world. In the short term though, and unavoidably (unless Artificial Intelligence comes of age sooner than even the most optimistic expectations), it’s a messy affair conducted by human beings and characterised by all the weaknesses that the flesh can inherit.

Perhaps nowhere is this more apparent than in the allocation of research funds. It’s easy to find editorials, opinion pieces, and earnest conference presentations exhorting the need to ensure that the ranks of young scientists are continually refreshed, and that youth be given its chance. Fine words.

The response from on high though tends to be a bit more in the spirit of Charlton Heston’s address to the National Rifle Association in the year 2000 – you can have my gun, when you prise it “from my cold dead hands”. It’s absurdly, naively, optimistic to assume that the pyramidic power structure of science can be genially accommodating of a new influx of faces – things are run more like lions in a pride; the new leader kills all his predecessor’s cubs.

The problem though, is how arbitrary that fate is, and the almost implausibly fine margins that can determine your career’s trajectory. No film captured this predicament better than the 1938 classic “Angels with dirty faces” – following a juvenile robbery, Rocky (James Cagney) gets nabbed and goes on to become a violent career criminal; his friend Jerry (Pat O’Brien) manages to run away and ultimately becomes a priest and a pillar of the local community. When Rocky finally goes to the electric chair, Jerry implores Rocky’s young acolytes to “say a prayer for a boy who couldn’t run as fast as I could”.

Land – just – on one side of the funding line for an early research grant, and your career goes one way; on the other, it follows a different path. If you get that first grant, you’re more likely to get more, and (worryingly) you’re also more likely to apply for more – a sure sign of demoralisation in the failed applicants. It doesn’t matter how far over the threshold you are, just which side of it you land. Even more troublingly, the acquisition of research grants actually doesn’t appear to have any bearing on the quality of work performed, only on likely future funding success rates and the probability of securing tenure.

So let’s hear it for all the Cagneys out there. Don’t give up, don’t be yellow, don’t forget you’re angels too – just with dirty faces. Keep running.

6 thoughts on “Angels with dirty faces ”