For Christians (and some non-believers looking for calendar-based motivation), the buildup to Easter is a time of 40 days fasting, prayer, and penance. One of the more ironic consequences of the coronavirus pandemic is that most of the globe has been forced into a similar 40 days-or-more Lenten period of physical isolation and the deprivation of many societal comforts. This is penance, 21st century style, although the vast majority of those doing penance have nothing to repent. The punishment, such as it is, has been imposed by our governments.

Easter itself celebrates the resurrection of Jesus Christ from the dead some three days after his burial. The timing invites an almost irresistible immunological comparison, as it’s from around the 4th day onwards of an illness for the adaptive immune system to mount an effective response. Every illness is a death and resurrection cycle in microcosm – a person ails, takes to their bed, then rises again on or near the 4th day.

Jesus’ resurrection involved leaving his earthly body behind, and in an illness, the body that rises from the bed is similarly not the same as that which lay down. The agents of the adaptive immune response, T and B cells, do their work by neutralising free viruses with antibodies and inducing infected cells to commit suicide, dooming the viruses within them. The price of beating a virus is the sacrifice of some of a person’s flesh.

As such, in every illness that’s overcome, some cells die but the body – and thereby the person – endures. Comparing illness to a death and resurrection cycle might assist in communicating certain concepts and explaining some themes, but it (like all metaphors) should be used with caution because metaphors can just as easily provoke misconceptions as clarification.

Another good example is the way ant colonies, or even the constituent cells of an organism, are sometimes compared to human societies. Biologists have long marvelled at the organisation and selflessness of individual ants within a colony, and the cells of a multicellular organism – sacrificed without compunction during an illness for the sake of the greater good – take this commitment to an even greater extreme.

But it is wrong to compare ants to society, and especially wrong to compare a human body to society (the “body politic”), because all those cells share a common genome whereas the constituent elements of society – people – are unique. This is exactly what makes totalitarian states unappealing, because they treat their populations by and large as an undifferentiated mass. Liberal democracies are celebrated (and reviled by their critics) for the way in which they acknowledge the rights of the individual – be they male, female, straight, queer, disabled, or from a different cultural or racial background to the majority.

The misappropriation of metaphor has been particularly tasteless in the coronavirus pandemic. Immunology, more than any other branch of biology, is the most prone to invoke military metaphors. Soldiers, attackers, weapons, defences…each illness can be written up as a war epic ripped straight from the pages of Tolstoy.

Given this martial language associated with immunology, it’s inevitable that many political leaders have chosen to frame the coronavirus pandemic as a conflict with an invading force. But the war analogy is wrong.

War encourages narratives of heroic self-sacrifice. It implicitly legitimises a bodycount. It tells you that there will be pain and suffering and death and anguish because this is how wars always are.

But no society should be sacrificing its own people to illness, whether they are members of the public who weren’t protected in time, or members of the medical profession not protected while doing their job. No government should be telling us that we should simply accept this because this is how wars are. This isn’t a war – it’s a pandemic.

In an illness, cells can die, or be sacrificed. But people are unique, and every death, every premature death in a society, is a tragedy.

In wars, society accepts that there will be death, and sees that as the price to pay for the political decision made. But even in war there is an insistence on avoiding preventable death. It’s why the First World War remains so resonant in the British collective memory in particular, because it has become viewed as a futile sacrifice of young men that had merely done as their government asked.

Many of those First World War soldiers, poets, and commentators (Siegfried Sassoon, Robert Graves, and more) glimpsed a darker truth of the conflict – young men were being sacrificed for the prosperity of older men. During the coronavirus pandemic, both the US and UK governments have implicitly suggested that some older or vulnerable members of society should be written off as the collateral damage associated with reopening the economy. But why now should the public be sacrificed for the prosperity of the stock market? And why should that awful choice even be there? It didn’t have to be.

A high bodycount means a high number of preventable deaths, and those two things mean that there is a need to hold people to account.

In the UK and the USA in particular, there is a reckoning to come. Why did these two countries, who pride themselves on excellence, have gotten things so badly wrong? With time on their hands, why did they both ignore the recommendations of the WHO? Both have fumbled and bumbled their explanations as to why their responses to the pandemic have worked out so differently, but a simple fact is that South Korea, Taiwan, Germany, and others did what the WHO recommended, and the UK government, and then the US government, chose not to.

Several commentators have already begun to note that female political leaders (fronting New Zealand, Germany, Denmark, Taiwan, Iceland, Finland, and Norway in particular) seem to be handling the pandemic better than their chest-beating alpha male counterparts (Trump, Johnson, Bolsonaro, Putin). Maybe it’s partly because they’re not trying to turn it into a gory battlefield epic? Zesty, jingoistic appeals to the public and lionising the desperate glory of unprotected clinicians is not the way to go. Explain the risks, explain the costs, explain the reasons. Angela Merkel has received justified international acclamation for her clear articulation of the need to maintain social distancing in order to keep the transmission rate as low as possible.

Death, and resurrection. The quiet, then the clamour. As countries round the peak of cases, the questions about the handling of the pandemic will only get louder. There will be enquiries, films, textbooks on the topic, and the conclusions are likely to require more than mere penance to give satisfaction. 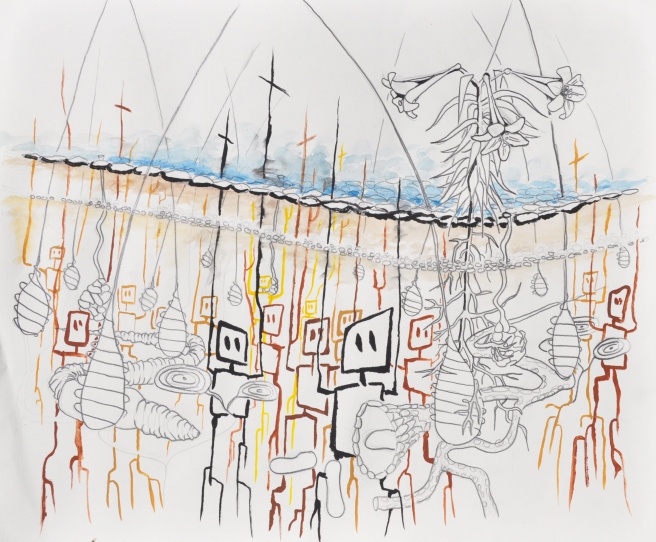