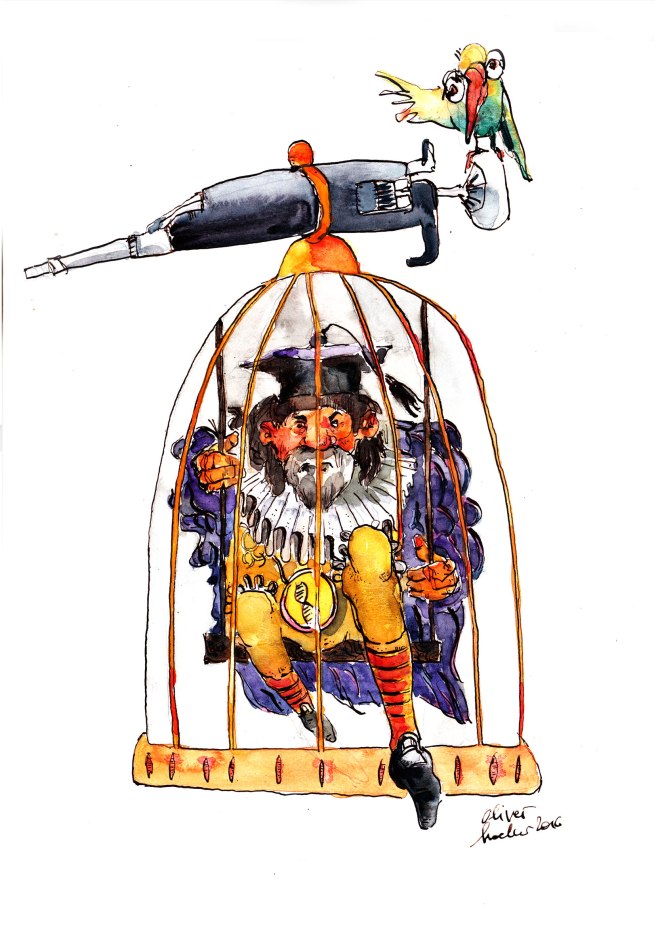 Protectionism is back in the news at the moment, so it seems timely to look back at one form of protectionism and its unlikely correspondence to science – the guild system.

In the Middle Ages, guilds were associations of tradesmen (some even see them as forerunners of the union movement) in each city who controlled the markets for their product. Basically, if you were a member of the guild, you could do business; if you weren’t, you couldn’t sell your wares – regardless of whether they were better than the competition or not.

This is, of course, a classic example of trade protectionism, and although ostensibly the guilds may have presented themselves as custodians of their art, in reality their top priority was maintaining market share, if not an outright monopoly.

Conversely, in a free trade system it’s Adam Smith’s “invisible hand” of the market with full sway, and it was the overthrow of the guild system that allowed the market to decide value, rather than guild cartels. The demise of the guilds is generally viewed as a good thing in economics circles, with benefits to innovation, pricing, and openness.

One could argue that the world of journalism is an instance of a guild system that has persisted into the 21st century, but one which is currently being overthrown. Professional broadcasters have presented themselves as trusted news sources whose name is a byword for the quality (and reliability) of the product. However, the ongoing furore over the role of Facebook in the US presidential election, and the realisation that the mainstream media has a more limited reach than before, suggest that professional journalists are going to have to work a lot harder to persuade fickle readers/customers to stick with them.

Science too is an example of a guild system that has persisted up to the present day, but unlike journalism, it’s one that currently faces no serious existential threat. In science, iconoclasm is cherished but unorthodoxy is censured. Only with guild membership – i.e. academic qualifications (primarily the PhD), and affiliations (academic, industry, or publishing post) – are you allowed to participate in the enterprise. If you’re in, you’re a member of the community; if you’re out, you’re a crank.

One possible reason for why the guild system has persisted in science is this: while value is relative, knowledge is objective.

It’s precisely the relative nature of value that makes free markets function for trade goods. A better product will have (on average) a higher value to consumers of that product, and the interplay between producers, consumers, quality, and perceptions of value is what determines market dynamics.

However the product of science is knowledge, which is an objective quantity. That knowledge can be either established truth which is disseminated through teaching and communication, or new knowledge obtained from analysis of the natural world.

But where’s the market? Who consumes science’s output? Knowledge is the raw material (the ore) of technology, but extracting technological benefits (intellectual property, pharmaceutical products, treatments, new machines or production processes) is not always an obvious outcome. There’s no invisible hand at play because there’s no direct consumer/customer. Science creates an environment in which such innovations are possible, but not necessarily inevitable. So the value of science is obvious, but simultaneously extremely difficult to assess.

It’s this disconnect between the fruits of science’s labour and their ultimate exploitation that keeps science as a guild system. The pejorative depiction of this is, of course, the ivory tower – knowledge removed from its practical aspect. But it’s an unfair representation of science, as the setup is by no means a bad one.

The big advantage of the guild system for science is that it does genuinely provide a guarantee of quality. This makes it much, much harder for charlatans to prosper and hoodwink consumers of science’s product. And it’s science’s openness and relentless self-criticism that prevents this from collapsing in on itself into a protectionist racket.

The disadvantage of course, is that the difficulty of assessing value makes it very hard to quantify the quality of a scientist’s output (be it teaching, research, application or communication). Without an invisible hand to guide the market, it’s left to scientists to decide amongst themselves what their value is – a fact at the root of many of the sometimes bitter career disputes.

Will the guild system continue to function? For now, and probably for the foreseeable future, yes. But it’s worth noting that what blogs, Facebook and Twitter have done for mainstream media, the Biohacker movement might conceivably do for science. Keep your eyes on that one.