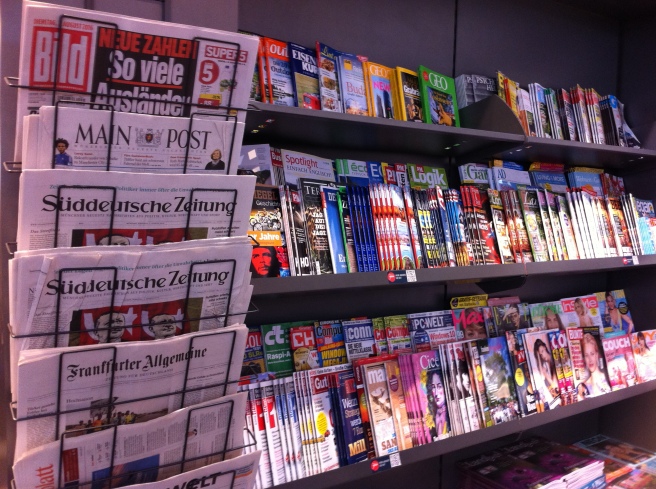 In science, when you’ve got a story that’s ready for publication, you have to decide where to send it – and the choice is far from inconsequential. In basic terms, you have to decide whether to send it to a specialist journal that deals with your particular field, or a general science journal that publishes results from a broad range of disciplines.

As general science journals have a wider readership, work published there can reasonably be expected to reach a wider audience and therefore is considered to be of higher impact.

So when you have your work that’s ready for publication, you are supposed to ask yourself, where does this belong? Who is it of value to? Will this primarily be of interest to fellow practitioners in my area of research, or does it have broader relevance that makes it of interest to people outside my own field?

That may be how it works in theory, but in practice things are often rather different. Currently, there’s a slightly unseemly scrabble to be published in general science journals irrespective of the story’s content and work that goes into the specialist organs is somehow viewed as deficient and of lower quality.

Instead, we take fashion as a proxy for relevance. An “in” field’s publications are considered of general relevance because the field is in the spotlight, not because the work is necessarily of interest to people working outside that field.

The “ground-breaking” issue adds another layer of complication. General science journals have an obvious incentive for encouraging people to send their best work to them – and here’s the key thing – regardless of whether it’s of wider relevance or not. It is in their self-serving best interests to encourage the notion that the work published in each section is the best of its kind, that the generality of a journal’s mandate is synonymous with quality in its pages.

Neither of these issues really holds up in the long term. Fields come in and out of fashion according to the vagaries of time, techniques, and serendipity, and the sudden disappearance or diminuation of a research field does not mean that its devotees have abruptly stopped work – it just means that something else is in vogue (for example, membrane trafficking holds little of the status it did 15 years ago, while epigenetics is currently having its moment in the sun).

As for “ground breaking”, most supposedly high-impact papers provoke comment more in speculation as to which reviewers were invited and which were blocked by the authors, rather than whether the interpretations in the paper are valid. In science, as in so many activities, you almost never find unanimous acceptance – 80% of articles will divide opinion regardless of who reviews it or where it’s published. In the end, a paper’s longevity is its only real measure of worth – but that’s not something you can readily predict at the point of publication.

It’s interesting that in music, pop artists generally have to struggle to be taken seriously despite their massive sales figures, while niche musicians garner kudos but few gold discs. Perhaps we’d do well to think similarly in science. A pop paper may well be good, but it may also simply be surfing a frothy wave of tantalising homologies, associations, and correlations. Conversely a hardcore niche paper may not be so easy to digest at first, but rewards – and earns – repeat reading.

One thought on “Of general interest”