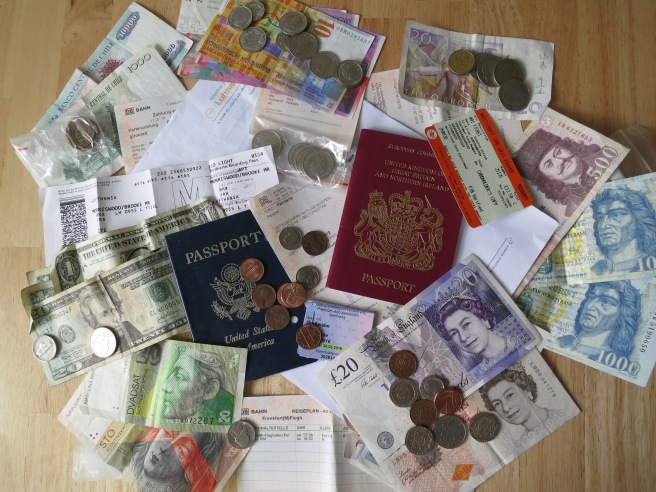 Science counts as one of the very few truly international careers out there – not simply being in an office somewhere else in the world, but actually working alongside people of all nationalities, races, and creeds. The current lingua franca for publications and conferences may be English, but the average scientific institute or department is a Babel of different tongues depending on who’s talking to who and when.

What do you get from going abroad? Some opportunities are the same as would come from relocation within your own country – a chance to learn new techniques, and bring something new to the group that you join. In that sense then, if you originate from a research powerhouse like the USA, Germany, UK, or France then in theory there’s little reason to cross the border and seek your fortune somewhere else.

In fact, there is a wealth of soft skills – not to mention an indelible change to one’s Weltanschauung (global outlook) – that can be acquired by packing your bags and setting off on an adventure.

The first and most obvious is in terms of language. Not just learning it, although that carries lifelong benefits. There’s also the insight that comes from learning how native-speakers of other languages form their thoughts, and how easy it can be to misinterpret their real meaning. I know now that many native German-speakers can often come across much more aggressively than intended when they speak English; conversely, I like to think that my former colleagues in Vienna understood that just because I habitually expressed myself in a roundabout, indirect way that certainly didn’t mean that I didn’t care about things (often the opposite). This intuition for cultural norms in expression extends even to people who share a common language – British and Americans, for instance.

The second huge benefit comes in terms of exposure to different research philosophies. Science may be an international activity, but the local variations in how it’s conducted can be startlingly diverse. Being a product of one academic system will blind you to the fact that “the way things are done here” is by no means the only way to do things, or even the optimal way. Getting first-hand experience of different academic philosophies allows you to pick and mix the things that work for you, and refine your own sense of how research is done best and most efficiently.

The third is perspective. When things are more segregated along national lines, then it can be easy to acquire a very territorial, antagonistic attitude to research – other groups are semi-hostile entities lurking somewhere off the map, seeking to encroach on “your” research area. It is only by stepping outside your own backyard that you begin to glimpse the outlines of the scientific enterprise as a global human activity in which each nation is just a part.

I remember how “gap year bores” were a staple of student comedy sketches and light-hearted abuse when I was an undergraduate. With hindsight though, it makes me realise how sheltered and impoverished in terms of international experience most of us were. We hid our shortcomings by mocking those who’d been proactive enough to make the journey.

Staying in one place for your whole academic career is by no means a barrier to success. There are many, many instances (and Cambridge is replete with them) of people who arrive somewhere as undergraduates and never leave, and have enjoyed glittering academic careers for the duration. I would wager though, that no matter how successful they have been, they are not as successful as they could have been had they opted to venture out and gain some international flavour.

(Mea culpa – most examples reflect my own personal experience, hence the rather Western focus in the examples given.)

3 thoughts on “Ticket to Ride”